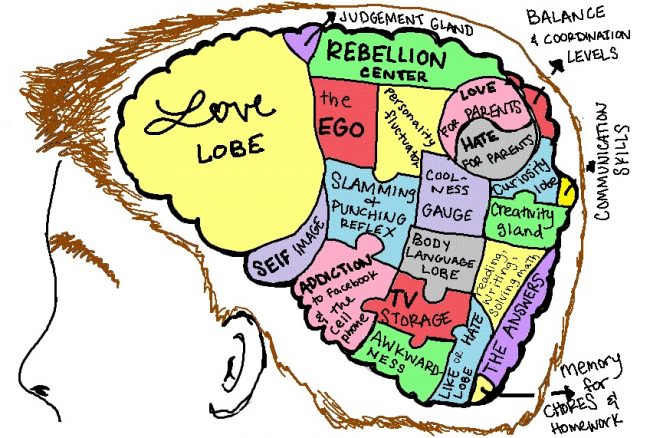 We expect a lot from teenagers. Teen suicide rates are soaring, and they increase during the school year and drop during vacations. This tells us something, surely, about how much pressure young people are under when they come to school. Considering this is a time often plagued by insecurity about themselves, their bodies and their minds, is it right to ask teens to pass life-defining exams?

Our education system was created at the time of the Industrial Revolution, where factories needed young, literate people in masses, especially considering you may not live past 40 if you worked there. So 16 was a midlife point for many. However, despite now living in a completely changed world, where the information revolution means the amount of knowledge they are exposed to roughly doubles every year, we still hold on to the archaic system of mass education.

How many of us knew what we wanted to be at 16? Books and my few friends were my refuge, as was my family. So, suicide and mental health problems did not get a chance to burrow into my psyche. However, it was before the age of the internet and social media. How many students have the same blessings as I was given, and how many can avoid the deep scars this time will leave on them?

We really need to rethink the way we educate our children. They are going to live till 90, not die at 45. With a doubled life-span and more opportunities than we have ever had in the history of our race, surely there is no reason left to push them into the pinnacle of educational risk at such a young age. Considering we know more about the brain in general, and teenage brains in particular, than we ever have known before, we need to use that knowledge to rethink what we demand of our children and young people.

Until then, one of the best things you can do as a teacher, or a parent, is to keep channels of communication open. If the only interaction you have is while yelling at your child to clean their room, you might be winning the battle but likely to be losing the war. Your teenager may decide that you are ‘just like every other adult’ in their life who cannot help or understand them. Look for signs that they may possibly be sinking into depression, negotiate time without electronic devices and build a relationship that will encourage them and give them the confidence to come to you when they need help.

And in the meantime, let us keep asking our leaders, scientists and policy makers to take into account research on the adolescent brain and asking them to revolutionise the education system. It might seem like a mammoth task, and one that is so familiar that it would seem like folly to overturn. But remember that if Industrial Revolution could bring about the current educational system, we can undo it, making sure that the Information Revolution brings about its changes too.