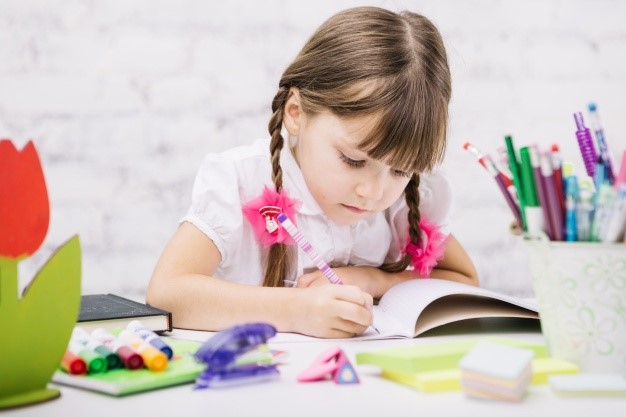 Did you know that 1 in 10 people are left-handed? Just like many minorities, this means that they might be under-achieving in subjects like English, science, computing and design & technology. But why would that be? What could be the connection between being left-handed and not performing on par with others in these subjects?

The reasons are twofold. One is that the world is designed to be convenient for right-handed people. Not just flushes on toilets or can-openers or guitars that need restringing, but something as subtle as writing in English. Even the implements of writing, besides a pencil, are difficult to use if you are left-handed.

Unless you  have a left-handed teacher, it is very difficult to find people who have been trained in how to help children to even grip a pencil the correct way if their dominant hand is different from yours. What is interesting is that a disproportionate number of lefties are diagnosed as dyslexic, whereas it might just mean that they struggle to master something almost everyone else takes for granted.

The second reason is that most of the implements we use in various classes, down the computer mouse, are designed for right-handed people. This means that it takes more than just a pair of ambidextrous scissors to level the playing field for left-handers. It is true that on the right is where the safety cut-offs on most machinery used in wood work or metal work classes are. So being a left-hander can be not just inconvenient, it can be dangerous as well.

However, being left-handed can mean that you are more creative when it comes to thinking out solutions to problems. Using the right hemisphere of your brain more means that you could tap into your artistic and technological talents more easily. It would also mean that you have the advantage in sports, like cricket or baseball in the USA, as bowling or pitching with the ‘other’ hand makes you a force to reckon with.

Staying with the US, many of their presidents or presidential candidates have been left-handed, so you would have felt pretty good about that. Recent Presidents of the United States, Barack Obama, Bill Clinton, George H.W. Bush, and past ones, Henry Ford, James Garfield and Harry Truman, and arguably Ronald Regan (who was ambidextrous), have been left-handed.

However, if you are the parent of a child who is a left-hander, it means that you need to keep a few things in mind. First of all, you should know that the recently discovered gene for left-handedness is passed down from the father, so one of you parents is responsible!

Secondly, if you are not left-handed yourself, you should re-orient your language and your child to deal with a world out there that requires them to stay on their toes. Position yourself opposite your child when you want to show them how to do something, so they can mimic your actions. When teaching how to tie shoelaces, for example, use the bunny ears method (where you make two loops and cross them over), rather than talking about left and right.

Buy school, art and sports supplies ahead of time, and take them with you everywhere. You never know when your child might need a pair of scissors or a smudge-free pencil or batting gloves with extra padding on the left.

But in case you forget, relax – your child’s brain might grow stronger and more flexible because of having to deal with this upside-down (for them!) world. The connections between the right and left sides of the brain (the corpus callosum) are more for left-handed people which, arguably, means that they are using more of their brains than the majority of the human race.