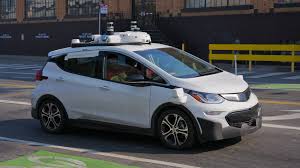 I can’t imagine driverless cars on our roads and certainly not by the year 2021 which is what the UK government is predicting, yet this is the unfolding reality in the UK today.

Advanced technology exists to create a self-driving car and these are already being tested on Britain’s roads. These cars can never tire, lose concentration or drive while under the influence of drink. They are said to have better than human vision and will always obey the driving rules.

Latest figures available tell us that there were 1792 road-related deaths in 2016 and 24,101 serious injuries were recorded too.

So how can computerised mechanics be considered safer and more efficient than human drivers? I remember having my driving test; revising the rules of the road, driving with a keen eye on anticipating what other drivers will do and moving into a gap to allow a more hesitant driver to pass. I now come across drivers, almost on a daily basis, who speed by to avoid having to pull over momentarily or press on the accelerator to ‘beat’ the red light; basically driving dangerously and taking risks.

Will a computerised driverless vehicle be able to ‘drive’ and navigate the roads and the traffic on them in this way? I have serious doubts. There are in excess of 37 million vehicles licensed on our roads and they are currently driven and controlled by people. Computerised cars will drive logically but people, as these examples show, often don’t.

What happens when a driverless car comes to a place that is not recognised by their computer brain because improvements or changes within the infrastructure has not been communicated to them? Will the car stop and refuse to continue on its journey? The task of mapping out changing highways and byways is an enormous feat and one which even now defeats some SAT navigation systems.

In the news recently, I’ve heard many stories of hackers and this too is a concern of mine. What happens if a car’s radar or laser are hijacked by a hacker or the infrastructure they rely on is hacked? This could mean journeys are ground to a halt or even a worse scenario where accidents and gridlock become more commonplace scenes on our roads.

I know that technology and advancements in IT are the future but I think that driverless cars will only work if they are the only vehicles on the road. Where do you stand on this debate?

Now I’m off to do my weekly shop and if I leave it any later I’m going to have to navigate the school traffic!

Thanks for reading and safe, happy driving to you all till next time.