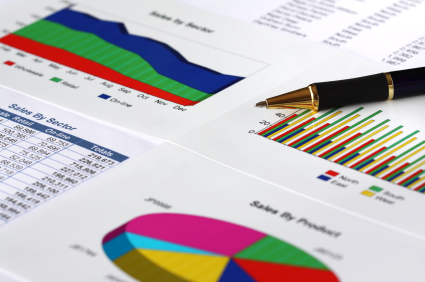 How can government spending on education be at record levels and yet funds be cut per student by 8% since 2010? It’s because pupil numbers are rising every year. Plus local authority funding, which directly impacts school funding in the area, is also being cut. So, despite the fact that the government says that it is spending more than ever on schooling, parents are being warned that they will have to contribute towards their children’s schooling.

The biggest cut of 25% has been to sixth form schooling, and local authority funding is down by 55%. With these kinds of massive reductions, schools are being held captive by lack of payment for teachers. These issues have been brought to the Chancellor by head teachers of over 5000 English schools, who have protested to the government about inadequate funding.

Things are so bad that education secretary Damian Hinds himself has admitted that schools might be finding it difficult to make the numbers add up. Though he has promised help with teacher recruitment, he does not say that more money will be forthcoming. 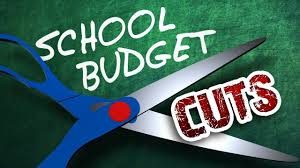 One of the immediate consequences will be in hiring new teachers. This means that class sizes will continue to rise, so that teachers will be able to spend less time making sure that all students are given the attention they deserve. Far from being able to give students a better, well-rounded education, subject would be withdrawn and special needs students will suffer the most. Sixth forms would also close, due to the massive 25% cut to that particular funding.

This is definitely a crisis point for English education. Despite Damian Hinds saying that schools might find it difficult to manage, at another point he says that the new ‘funding formula’ for schools will end the disparity in budgets between different regions. What this disparity means is that, depending on where they are located, some schools are getting 60% less than other schools of the same size.

If a school gets £4 million more than another, it means it can afford to hire 133 teachers! However, according to Hinds, the new funding formula will ensure that all secondary schools will get £4,800 per pupil by 2019-20. This remains to be seen. If this were the end of problems for schools, it is unlikely that head teachers from the “Worth Less” campaign would be holding placards outside Downing Street.

We are already facing a critical shortage of teachers. Unless the above-inflation pay rise of 3.5% comes through for them, this shortage could increase. However, this pay rise would come out of the extra funding that schools are asking for. If the increase in money is not forthcoming or is less than needed, schools will have no choice but to cut down on expenditure. What this amounts to is that students will suffer as schools give them less and less, whether it be extra subjects, or extra support.

We can see the effect on students directly as we look at the rising number of school exclusions. Numbers of students being expelled has risen, four out of five of them being in secondary school. There were a 1000 more permanent exclusions in 2015-16 than in the year before, and it is expected that this trend will continue.

It is even more worrying to know that half of these exclusions are children with special needs. There is a direct correlation between austerity measures in schools and the fact that children are being kicked out of the system because they cannot be given the care they deserve. Secondary school children who are expelled are at great risk of joining gangs, which is really a huge failing of the entire system.

A quarter of all those excluded at aged 14, which means they would be just starting their GCSEs. Boys and students on free meals plans were many times more likely to be permanently excluded, as are Black Caribbean students and those from the West Midlands, compared to the South East of England.

These are just numbers for formal exclusions. But there are a number of children who are informally being ‘nudged’ out of school. Certain groups of students and from certain areas are more likely to be formally or informally excluded, and sent to pupil referral units or non-registered schools. Of those students that are side-lined out of mainstream education only 1% get the 5 GCSEs they need.

A lot of students are being sent out of their schools around the time of their GCSEs, as schools don’t want students on their rolls who will bring down their averages. So students are being sacrificed on the altar of the league tables, as a way of gaming the system. At the time of one of the most life-defining examinations of their life, we are letting our students down because of a system that is not funded enough.

So finally, it is the students, and our children, who will suffer. What are we to do, when the government itself it unable to come up with the money needed to educate the children under its care? What will the fallout be, of not giving our children the schooling, childhood, and foundation for the future that they deserve?