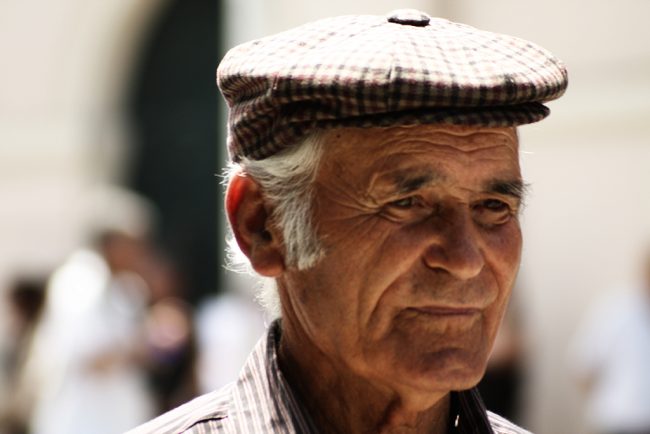 Living to a ripe old age…seems to be possible as over the last hundred years, people are living longer and longer. Good sanitation, medical advances and enough food for most of us means that the human lifespan has more than doubled since the 1900s.

Now we are facing different problems with our health brought about by opposite factors; too much food, not enough exercise and too much stress. The ‘Americanisation’ of our diets in the West (and now the East as well) brings us big, cheap portions of greasy, sweet fast food – McDonald’s, KFC and Pizza Hut are everywhere – resulting in unexpected deaths starting in our 30s and climbing steadily. However, a recent study shows that if you pass a certain age, death rates may plateau. A survey of Italians who have lived a long life shows that old people seem to get tougher as they get older. Dr. Elisabetta Barbi from the University of Rome tracked down every Italian citizen (3,836 of them!) who had lived to 105 years within a seven year period, and discovered something surprising.

Though death rates shoot up drastically amongst those in their seventies and eighties, it seems to level off as people pass these ages. This seems to show that the upper limit of the human age-range has not yet been reached. If it had, the death rates for people older than 80 would hardly plateau but continue to skyrocket.

This might mean that advances in medical science continue to help people even in extreme old age. It could also show that the people who live the oldest are the toughest of the lot, and continue to defy statistical probability. However, another study from the Bronx said that the maximum human lifespan might well be 115 years.

Even if this were so, there are drastic differences in expected lifespan depending on where you live, what you eat and how you move. It is interesting that the study on longevity took place in Italy, where there seem to be a lot of people living up to a 105 – this could well be because of their healthy Mediterranean diet.

Harley Pasternak, who is a celebrity trainer and dietician, author of The 5 Factor World Diet researched the healthiest (and consequently most long-lived) people in the world. He realised that the main commonalities between the five ‘healthiest’ peoples were that they have smaller portions, eat seasonal foods and walk a lot. So what are the diets that might make us live longer and better? The Mediterranean diet, the New Nordic diet, the Okinawan and Asian diets are all chockfull of whole foods, low fats and complex carbs, along with fresh fruits, vegetables and seafood. These diets are both new and old, but they also have lifestyle and culture behind them.

Food is eaten socially and slowly and there are a number of dishes eaten at the same time, that bring in a great variety of nutrition and a lot of satisfaction, rather than empty calories that leave one still craving more.

The ‘French Paradox’ diet, so-called because the French are some of the slimmest and longest-living people in the world, is full of fat, bread, cheese and chocolate. However, the French eat small portions, don’t snack, drink red wine and walk almost everywhere. So it may not be what you eat, but how you eat (and when you eat) that might matter.

There are other ways to live for longer: turning off inflammation, walking a lot, and building a lifestyle that keeps you active, young, stress-free and happy. The Reader’s Digest has a great article on the 50 things you can do to live longer. Unsurprisingly, some of it is obvious, like quitting smoking and drinking less – but some of it is surprising, like maintaining friendships and finding purpose.

The point about purpose has real statistics behind it – studies continuously tell us that retiring early can mean dying early, especially if you are single, divorced and a man, and not very healthy to boot. If you are thinking of retiring, make sure you have other things to do that will keep you healthy and busy.

Human beings are meant to have purpose and feel useful. We are also built to move and eat to live – not live to eat. If we take care of ourselves, body, mind, heart and soul, there is no reason that we cannot live comfortably to a ripe old age. And apparently, that might be a riper, older age than we could have ever imagined!