Mainstream schools are saying that they are unable to support the 1.1 million pupils with SEND (Special Education Needs and Disabilities) they serve, due to system-wide failings. Is it possible this is the fallout of the 2014 radical reforms made by the government? This included moving from Special Needs Statements (SNSs) and learning difficulty assessments (LDAs) to Education, Health and Care Plans (EHCPs) for students who were severe cases. However, despite these supposedly far-re
aching changes for the better, a recent study by The Key shows that there are acute and serious shortages in budget and resources to schools.

These findings are despite the lauded plans that claimed to “put children and parents at the heart of the system”.  The survey of more than 1,100 school leaders shows a systemic problem, indicating that more than 80% of mainstream schools lacked the funding that was needed to provide adequate support for SEND students.

Almost 90% of school leaders thought that current levels of teacher training did not adequately prepare teachers to help support SEND students in their classrooms. Almost an equal number thought that cuts in budgets and funding to Local Authorities (LAs) had a domino effect on the funding schools received to deal with SEND students needs.

To add to this, three quarters of schools had students who were waiting longer than they should to receive SNS and EHCP plans. The testing and curriculum standards being raised means that more and more classes are becoming less inclusive. This is a real shift

from what is considered to be sound pedagogy. Inclusive curricula don’t just support SEND students in the classroom, but benefit children with multiple intelligences, providing several points of access to their educational content.

However, the limited spectrum curricula require that students with SEND require more and different teachers and resources, which the cut and limited budgets of schools are unable to support. Fergal Roche, chief executive of The Key said: “A year on from major reforms to the national system for SEND provision, these findings represent an important wake-up call from school leaders. Schools need adequate funding and a holistic, well co-ordinated and resourced system of support behind them to provide effectively for children with SEND.”

Primary schools seem to be the most affected by the budget cuts, with lower resources and longer wait times for assessments. This is a tragic situation, as it is well-known that early intervention can positively impact, and sometimes even reverse, some learning and behaviour differences. One could say that if schools are not providing enough support, then parents can always choose to give their children additional support, like at my tutoring agency. 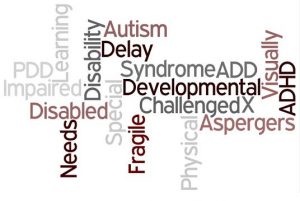 However, the sad truth is that the numbers show that children on free school meals are more than twice as likely to have SEND. Also, boys and black students are more likely to have SEND. This means that if you are a black boy on free meals you are at a triple risk of having SEND, though not necessarily getting the help you need for it, apparently.

The Department for Education says it has kept the budget intact (however the number of students increases every year) and has also increased funding by more than £90m this year for children and young adults. According to the BBC, the government says it had introduced a £70m SEN Reform Grant in 2014-15 and three “new burden” grants totalling almost £115m to support the implementation of the programme. They also say that SEND training be a part of the initial teacher training syllabus.

Will these funds and changes be enough to give our 1.1m SEND students the help and support they (and their parents) need? Only time will tell. Do you have any experience with the new programme? Or do you have any thoughts about it? Let me know your stories and comments.