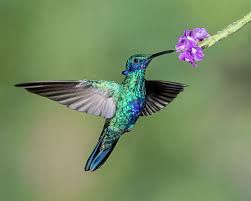 Thought I would post this as it’s one of the strangest and also disturbing things I’ve come across recently.

YouTube voodoo starring dead hummingbirds isn’t just a weird internet fad; it’s a look inside the dark world of a highly organised international trade that may pose a serious threat to a group of species already facing declines from habitat loss and climate change.

Some Mexicans believe hummingbirds have supernatural powers. Beyond the internet, merchants sell them from behind counters at spiritual shops called botanicas, filled with herbs, incense, candles and oils alongside statues of Santa Muerte, the goddess of death. Mystics call the hummingbird la chuparosa, similar to a lucky rabbit’s foot for good fortune in love. Chuparosas are often sold wrapped in red paper and satin tassels with an accompanying love prayer: “Divine hummingbird…with your holy power I ask that you enrich my life and love so that my lover will want only me.”

The underground market for hummingbirds is so secretive that even U.S.A government officials didn’t know about it until about 10 years ago when agents with the Fish and Wildlife Service intercepted a postal package inbound from Mexico containing dozens of lifeless, jewel-coloured birds.

Why? For love! Women trying to attract a man into their lives, widowers hoping to remarry, men carrying them as a way to keep their mistresses and wives from meeting each other, a wife trying to prevent her husband from straying and looking at other women, are all reasons put forward for this increasing and mysterious, and highly illegal, concept and ritual.

If you’d like to read more about it…the full article is here.