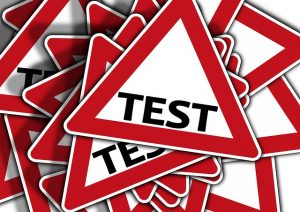 This has been the month of tests; 10 year-olds up and down the country have been cramming, learning and sweating over those all-important tests called the SATs or Standard Assessment Tests.

It is almost as if the GCSEs have visited English homes too early! Whether all children are able to cope with the SATs is a question we need to ask ourselves. Moreover, for the vast majority of children who are going to go to their local comprehensive and not a selective school, are the SATs even really necessary?

Do these tests help all children? No, I don’t think they do.

I am an academic tutor and prepare all types of children for top schools. I push them, but I know these children are capable and mentally prepared. The ones who prepare for grammar school 11- plus exams will sail through the SATs, especially if they have been studying much beyond what they are taught in school, with a tutor like me. They have practiced the all-important timing, which gets you through a test successfully. Many such children usually swim through school anyway, having read lots and found writing to be a pleasure. This puts them at a clear advantage.

However, some children in Year 6 have never been tutored or prepared in how to sit tests or even how to cope with them. Sadly, pressure to do well in the SATs with minimal preparation for them, can lead to a state of high anxiety and nervousness in these children. I often see children like these, the ones who sit on the bottom table at school, and will most likely panic and be really miserable when tests come along. They are usually the ones who mature later and who don’t always have access to a lot of books, or help, at home. They are in no way ready for such high-stakes testing, and it is ridiculously unfair to expect them to compete with those who are.

How can any government body believe all children know or can do the same things just by virtue of sitting in the same classroom? I think if we are to keep the tests, they need to be different for different sets of children. There have to be at least 5 bands/levels so everyone can be an achiever in the level they have reached. You cannot give all children in Year 6 the same test and expect them to have an equal chance of succeeding at them. The negative effect these tests have on some children is just cruel, and can be frighteningly long-lasting and emotionally crippling.

We all know there are the top table, middle table and bottom table in any year level…how can the latter cope and do the same test as those students on the top table? I agree with the fact that all children should be stretched and falling too far behind is not in the best interests of the bottom table ones. This must be avoided if at all possible, but some children – boys particularly – mature after the age of 12. By then, they have already been labelled as failures by the SATs. It is one thing to have a grouping based on level, but it is another thing to compare children to their detriment. Students who do not do well on this one particular test end up being labelled and put in bottom groups, resulting in psychological scarring and a loss of confidence. The student may never do well again in the rest of their school life, and even maybe their adult life, all due to a single test administered at such a tender age.

Ban these tests, in my opinion. If your child is bright then allow them to sit the 11+ exam for grammar school entry; that is the only exam they should be sitting. Children who have not yet reached that academic calibre by that time in their lives, should be allowed to mature and develop naturally and organically for a while longer. All children have to sit GCSEs, but that is 6 years down the line. They do not need the stress starting at the age of 10!!!! I think there is too much enforced stress, for very little justifiable reward for most students. As I have already said, there are lots of exam opportunities for the ones who are ready, rather than wholesale standardised testing that results in some children labelled as failures before they have even started their academic journeys in earnest.

So, to repeat, in my opinion we should BAN THE TESTS – or failing that, at least change their nature. I have heard of immense bullying by peers towards children who have not done well. Another important point is that, in general, girls tend to be more able and mature than boys at the age of 10. Yet boys have to sit the same tests – so do we have one test for girls and one for boys? It is also important to keep in mind that these tests are not universally administered. Children in independent schools do not have to sit these tests, or go through this pressure. Some schools in the lower quality band of such private academic institutions would not do that well, definitely not enough to justify the fees the parents are paying. So why are they spared the stress? Why this lack of transparency – a whole sector of education in the dark, with no light shone on its quality. If standardised tests are being used to gauge the academic level of our children, this must include all our children surely?

The stress affects teachers and head teachers too, to the point where a head teacher was recently found guilty of doctoring the results of the Year 6 SATs. This gives us an idea of the immense pressure all stakeholders are under. So, I fully respect the parents who kept their children away from the tests, aiming to protect them from the possible harm they might cause – and the government should respect their views too. A system imposed from the outside, that is not accepted by the very parents and students it claims to serve, needs rethinking. If we wish to make our education system more effective – there are surely better ways to do it than the SATs?

We are on the cusp of reinventing an education system that we think is not helping us in the globalised market, while at the same time ignoring that fact that the skills needed to succeed in the world are changing faster than ever. Education has to prepare our children for jobs that haven’t been invented yet. Are we going about it the right way? Do let me know your views about the SATs and tell me how your children have fared. I can’t wait to read your thoughts and stories!