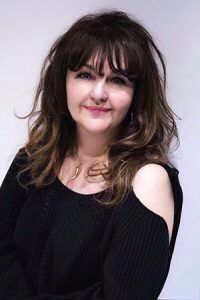 Today I’m sharing an excerpt with you from my current work in progress which I am currently editing alongside my editor Soulla Christodoulou. The story is unfolding in the most magical way and I can’t wait for it to be released. In the meantime I thought I would share a sneaky little preview with you from one of my chapters. I’d love to know what you think, so pleas leave a comment below.

“The Fairies liked Gelsomina because of the purity of her soul and the way she communicated with them via the stars and her poetry. She knew all the constellations and their names as well as the Fairies’ faces which appeared in her book. Fairies and stars were closely linked and Gelsomina knew that and enjoyed writing about them using verse and rhyme.

The Fairies knew that the thirteenth child originated from Leonardo’s DNA, who was also a thirteenth child, and had arranged for him to meet and marry Gelsomina who was the perfect matriarch Grandma. They did not want him to have the perfect life knowing that history had always shown how out of hardship came the strongest and most determined characters.

They skipped a generation, not allowing Leonardo to have thirteen children himself until such a time that the universal elements, planets and The Lone Star were aligned creating the ideal energy force for a special child to be born.

The fairies could see how this life experience would help forge a pure character like his grandmother’s and they knew none could have a harder life than a child born to parents like Jessica and Roberto. They also knew that he would be without his mother’s support and guidance for many periods as he grew up, but this was necessary to build his strength of character and resilience. It was all very logical to The Fairies as was their choice of Gelsomina as the Medallion-Keeper.

Gelsomina communicated with them via the stars imagining her book fairies sitting and swinging from stars such as Alpha Centauri, an old wise star and Vega, a bright blue one. On occasions she would fall asleep as a child counting and seeing each fairy amongst the stars. They were always around her.

The Fairies would never allow anyone to see them unless they wanted to be seen. In fact, their book of rules said:  NO COMMUNICATING WITH MORTALS!  And NEVER SHOW YOURSELF TO A MORTAL!

Any fairy caught breaking these two rules would have their wings stripped and their powers taken immediately. Allowing Gelsomina to see even a glimpse of them was therefore dangerous but they were willing to take the risk as Gelsomina showed them love and kindness and all that could be good in people. They most often communicated telepathically with her as they loved talking to her, especially in the absence of Leonardo. Gelsomina relished her quiet moments especially when Ruhi came to visit.

Gelsomina read a lot about stars and knew stars meant different things to different people. She was fascinated by them. To travellers they were guides, to merchants they meant money. Her favourite song was ‘Catch a falling star, and put it in your pocket…’ This could often be heard echoing through the house as it played on her gramophone.”