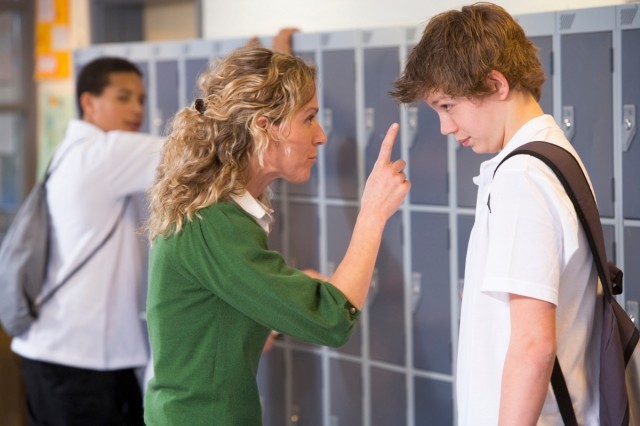 The changing  educational landscape across UK schools leads me to question whether the once proud and envied education system is now in so much trouble that it can no longer compete across international boundaries. How is it that discipline has become such a major issue leading to thousands of exclusions which in turn results in thousands of children lacking a full-time education and therefore already at a disadvantage when in the world of work and in other areas of their young and adult lives too?

Education in the UK is changing and we cannot deny that. As the government looks to headteachers and parents to run services, local communities are being given more control over schools. The reform agenda is gathering pace and there have been many new academies created and free schools.

These reforms can either be seen as an opportunity or a risk; with some welcoming the newfound freedom to innovate, whereas others fear the cost and pace of reform. Either way, when dealing with this changing landscape, the education sector must recognise that with new freedom comes a renewed responsibility to ensure classroom standards remain the top priority and unfortunately I feel that this has failed in huge proportion.

“Ministers are considering legislation to curtail schools’ exclusion powers” and I think all the exclusions that occur in schools have to stop and have become to be at the heart of knife crime and general anti-social behaviour on our streets. There has been overwhelming evidence to suggest a link between those children expelled and knife crime, it was reported in The Sunday Times recently.

I believe the school has a responsibility to its own pupils and should nurture them when going through difficulties especially knowing the type of children they may meet in off-rolling schools.

Only that school knows that child from entry and possibly in their good times and as young eleven year olds without influence.  They are a part of that school’s community and schools have a responsibility to them which cannot be eradicated at will or because they don’t fit any more.

However  with the climate of uncertainty that inevitably surrounds these processes of reform, it is important now more than ever, that we ensure that there are highly qualified teachers in the classroom. It is the teachers with the most experience who can maintain a controlled and disciplined environment within the classroom and thereby able to support the more difficult students too.

More counsellors are needed and more pastoral care administered and schools must do more to protect children from falling away from the system and into a life of crime.

However, one has to ask oneself, is this a reasonable course of action? Would you, as a parent, be happy to have your child’s lessons continuously disrupted and their health and well-being threatened by the behaviour of those who do not behave in the classroom and cause stress to teachers and push the boundaries daily? What do you think should be the reaction of schools to these disruptive pupils?

A separate classroom for them seems to be a good option in my opinion and when their behaviour has been corrected trial runs back in school are an easy possibility as children are there on the school site and can be slowly integrated back into a full timetable of lessons amongst their peers and with teachers they are familiar with.

A report said that about 19,000 children a year vanish from school rolls between years 10 and 11 because schools are under pressure to protect their school’s exam results. Is this a fair way to play the system and is this the school’s fault or the fault of the government who put results above the well-being of all children?

So yes, separate teaching units in school are acceptable until lessons have been learnt. This, however, requires specialist staff and resources which often eat into the budget leaving other areas of the school underfunded.

These off rolling schools are not acceptable and in my opinion are creating disaster for everyone; schools, the excluded child and their family, other children and members of the general public they come into contact with during their bouts of antisocial behaviour in the streets and of course the school itself in trying to integrate the child back into school at a later date.