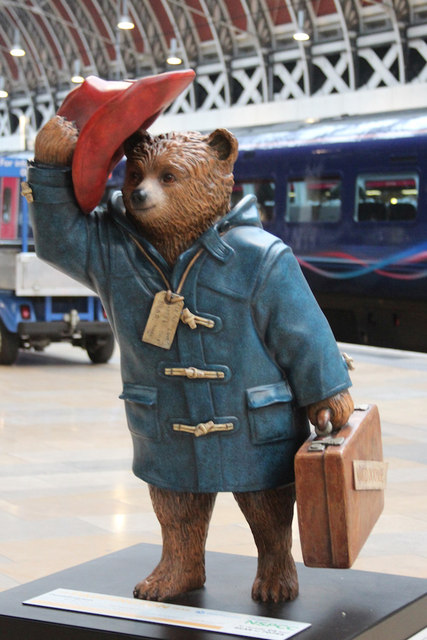 My love for Paddington Bear deepened when I began to realise I had an addiction to marmalade!

Paddington has always been “my bear”. My friend loved Winnie-the-Pooh and although I could understand that Paddington’s wellington boots won me over as a child. Mine had to be like Paddington’s; nothing else would do! Living in wet, often snowy, Yorkshire, made wellingtons essential to a young child’s life so Paddington’s became mine. Come to think of it, I had the same duffle coat too!

I became further connected to Paddington when I got my first holiday job. We seemed to have long summer holidays from school back then. They seemed to last for ever! It seemed we could fit in a two-week holiday and a holiday job – one where you thought you had been in it forever and got to know everyone in the office.

One summer in the 70s, I became a sort of secretary in an accounts firm. The lady opposite me ate marmalade sandwiches every day for lunch. Cold toast plastered with marmalade every day!

After a week, I could resist no more! I asked my mum to get me some marmalade and they became my lunch also! What a discovery!

Michael Bond, the author and inventor of Paddington Bear, first introduced the world to him in October 1958 in the children’s book A Bear Called Paddington.

Michael Bond based the good-hearted Brown family on his own father, Norman, who worked for the post office in Newbury, Berkshire, and the safe, warm house his mother, Frances kept. Even the smell of Brasso and Reckitt’s bath cubes relate to his own childhood memories. Over the years, he shared a few events from his childhood with interviewers including his prize of a watch for winning a slow bicycle race and his father’s occasional fall from the saddle while raising his hat to a lady.

In celebration of his work and his life a special commemoration service was held at St Paul’s Cathedral in London in November last year and a number of commemorative statues have popped up around London as part of Paddington’s Pop-Up London to celebrate the release of the second Paddington Bear movie.

His stories, 13 of them, have been translated into over 40 different languages including Latin and are as popular today as they ever were. The two Paddington Bear movies have brought the bear to life for a new generation of readers and watchers and have been box office hits. The movies are a far cry from the original BBC series I used to watch in the 1970s and I’m sharing one very early clip here with you…it’s called Paddington Goes to School.

I hope you enjoy it and hope you will join me with a marmalade sandwich and let’s make a toast to Michael Bond, who passed away in June 2017.

With much love and sticky marmalade fingers, Elisa x