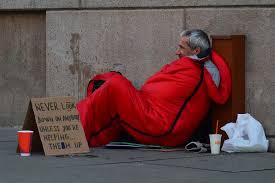 The charity, Shelter says, ‘You may be homeless if you’re sleeping rough, don’t have rights to stay where you are or you live in unsuitable housing.’

This to me means that homelessness is not just about those ‘visible’ people we see begging and sleeping rough on our city streets but those too who we don’t see; the ‘invisible’, the vulnerable, the scared, the abused, the poor and the threatened. It’s a huge problem in the UK today and one we cannot turn our backs on…not even for a moment.

Crisis has said that ‘Homelessness is devastating, dangerous and isolating’ and I would agree with them. It has impact on life expectancy too with homeless people dying at just 47 years old, on average.

There are a number of different types of homelessness and these include:

To be legally defined as homeless you must either lack somewhere secure to live or not reasonably able to stay in. However, in order to receive assistance under the main homelessness duty, there are further strict criteria that have to be met.

Crisis also say that, ‘People sleeping on the street are almost 17 times more likely to have been victims of violence. More than one in three people sleeping rough have been deliberately hit or kicked or experienced some other form of violence whilst homeless.’ In addition, homeless people are over 9 times more likely to take their own life than the general population. This statistic reflects the psychiatric needs of many homeless people.

So what can we do to help or bring comfort to those who are homeless? Is it about giving them our loose change or giving them something to eat and drink? I believe we all have a responsibility to support and help these individuals find a safe and permanent home.

Successive governments have compounded the problem of homelessness since 2008. Government spending on housing has diminished from around £4.8 billion per annum to£1 billion. This has reduced the affordable housing programme by an estimated 70% and resulting in an over dependence on the private sector to supply affordable accommodation through the planning system. Of course, private housing development has more than halved over the same period.

Why not support a local or national homeless charity such as Crisis who have their Everybody In Campaign or volunteer at your local shelter or refuge for the homeless.

Let’s vow to look beyond our streets and support those who are homeless in 2018.