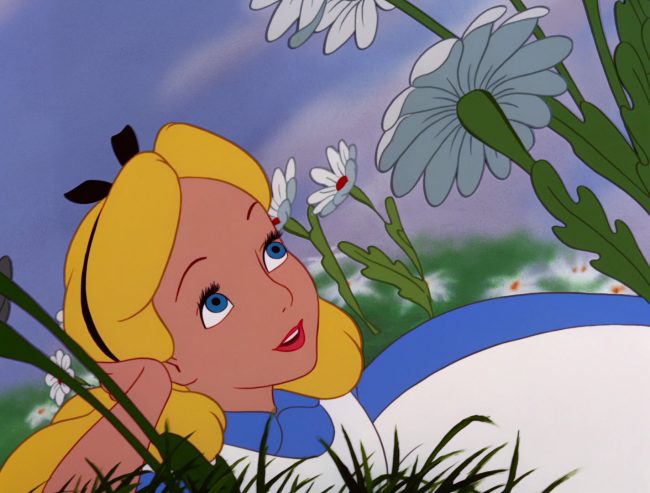 Lewis Carroll was the pen name of Charles L. Dodgson, author of the children’s classics “Alice’s Adventures in Wonderland” and “Through the Looking-Glass.” The story was written in 1865 and the sequel in 1871, as a result of its huge popularity.

Alice’s Adventures in Wonderland is one of those stories which conjures up a topsy-turvy, upside down inside-out magical world of wonder, magic and make believe.

Alice looks like an ordinary girl and like ordinary girls she wonders a lot about things, especially about herself. This is why in the story she is constantly changing as she tries to understand herself and the world around her and how she fits into it. Each of the other characters teach her something about herself and others and she is constantly changing as the story progresses.

For those who may not be familiar with the story it’s about a girl, called Alice, who falls through a rabbit hole and finds herself in a strange yet magical world which seems to exist in a world of opposites to that of the real world that Alice has seemingly left behind.

This is shown through various phrases and some of the best known are:

“Begin at the beginning,” the King said, very gravely, “and go on till you come to the end: then stop.”

“Take some more tea,” the March Hare said to Alice, very earnestly.
“I’ve had nothing yet,” Alice replied in an offended tone, “so I can’t take more.”
“You mean you can’t take less,” said the Hatter: “it’s very easy to take more than nothing.”

“Speak English!’ said the Eaglet. ‘I don’t know the meaning of half those long words, and I don’t believe you do either!”

So however you’re feeling today, I hope it’s not as mad, mad as Alice’s wonderland!

Until next time, Elisa x