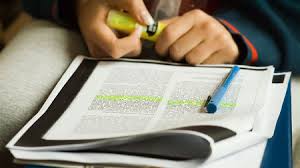 When I read this I was not as shocked as I thought I would be…everything nowadays can be bought on the internet and everything is available if you have the money! People, especially students, are so used to having information and services at their fingertips that they would, I suppose, not think twice about getting that information to complete their assignments.

It has come to light that university students are cheating using so-called essay mills to complete their university essays and dissertations. The university standards watchdog, known as the Quality Assurance Agency, is now putting more and more pressure on the government to outlaw such firms which are illegal in the USA, New Zealand and Ireland.

A survey has revealed as many as one in seven graduates have admitted to using these services. A study by academics at Swansea University indicates that 31 million people worldwide may have cheated on their essays in the past four years. Cheating was self-reported by a historical average of 3.5 per cent of students and was on the increase.

My question is this…how do we stop this? What are your views? In my day if you didn’t do the work you didn’t get the grade…and if the work wasn’t yours it was considered cheating.