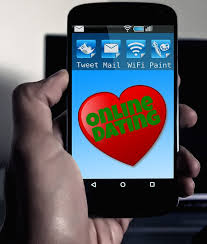 Tinder is the dating app based on making a judgement on a picture and it seems that lovelorn millennials are now looking elsewhere for their dating and Tinder despite its 50 million users.

A number of dating apps are attracting a new generation; slow dating apps which include features such as ice breakers and Q&As so emphasis is not only on the photograph of the person but on their whole personality.Information shared on their profile includes items such as worst idea I have ever had and my dream dinner guest. These are the lighter-hearted, fun side of some of their reveals but of course there are questions relating to religion and whether they would like to have children.

Suggestions for connection are open for up to 24 hours so that recipients can make a more calculated, thought-out decision about their choice to meet up or not. One of the dating apps called Hinge takes longer to match someone up with a potential connection than Tinder and it seems to be working.

What do you think? Have you used any of the more up-to-the-minute dating sites and what has your experience been? Or do you think there’s nothing better than striking up a conversation in a bar or while at a party and taking it form there in a more traditionally acceptable way to meet and date people?