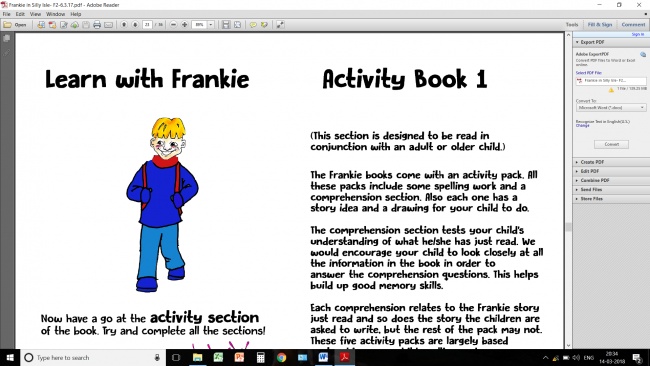 J.K. Rowling said: I have a real issue with anyone trying to protect children from their own imaginations.

I agree with her wholeheartedly. This is not just because I am a teacher and author, but also because I am a mother. I think children have a great gift of freedom of thought, and imagining, that should be encouraged. Where would any of the great authors and painters be if they did not pursue the wonderings of their mind and curiosity of their nature?

However, before anyone runs away with the idea that only the artists amongst us need their imaginations, I give you another quote. “Imagination is more important than knowledge…The true sign of intelligence is not knowledge but imagination.”

These quotes are by none other than Albert Einstein, whose birthday was celebrated recently on March 14th as Pi Day. It is also the day this year that another great visionary, Stephen Hawking sadly passed away.

The world would have been so much poorer if these two men had not followed their imaginations. Where would all the great inventors, scientists and technology wunderkinds be without pushing the boundaries of their minds each day? Imagination is not just for kids or for larks. Ask J. K. Rowling, the richest author in the world last year.

As an author myself, and a teacher and mother, I know how important it is to nurture the dazzlingly delightful minds of children. I am quite a dreamer myself, truth be told, and I would like to introduce you to my most imaginative book series yet; The Frankie books.

Frankie is a young boy blessed with – you guessed it! – too much imagination. Unfortunately, he finds school boring and Miss Spittle his teacher is just yuck because she spits so much when she yells at him. His friends call him Dim Wit because he is day-dreaming all the time. Most adults think his imagination is more of a curse than a blessing. But Frankie has no such qualms.

Frankie creates the carcopter with a few odds and ends that we all have lying around the house. He then flies away to Silly Isle instead of to the Scilly Isles as he makes a silly spelling mistake. What is Silly Isle and who does Frankie meet while there? You and your children will love finding out in the first book of the series: Frankie (the little adventurer) in Silly Isle.

The illustrations have been lovingly created and are meant to be enjoyed by parents and children alike. Frankie meets strange monkeys, aliens, a very tall king and a talking dog on his adventures. The bright pages and the wonderful story immediately sweeps the reader into the fantastical adventures of our very relatable young hero.

I firmly believe books are teachers and I believe reading a book is a teachable moment.

Silly Isle is only the first of many adventures that Frankie has. He also goes to the jungle, to the disco and many other places. Order your e-copy from Amazon and gift it to children of any age. If they are too young to read it themselves, it will only give you a great excuse to enter Frankie’s wonderful world with your child. This series of books is sure to become a bedtime favourite.

You can find out more about my books and buy some too here.

Happy reading, and may imaginations everywhere soar like the carcoptor!